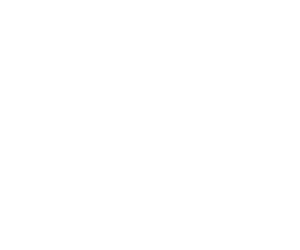 Rare - "Baby/ You've been so distant from me lately/ And lately/ Don’t even wanna call you baby" sau "It feels like you don't care/ Why don't you recognize I'm so rare?/ Always there/ You don't do the same for me, that's not fair"

Dance Again - "I kickstart the rhythm/ All the trauma's in remission/ No, I don't need permission"

Look At Her Now - "They fell in love one summer", "It was her first real lover", "His too 'til he had another/Oh, God, when she found out/ Trust levels went way down", Of course she was sad
But now she's glad she dodged a bullet (Mm)/ Took a few years to soak up the tears/ But look at her now, watch her go." sau "Fast nights that got him/ That new life was his problem/ Not saying she was perfect/ Still regrets that moment /Like that night/ Wasn't wrong, wasn't right, yeah"

Lose You to Love Me - You promised the world and I fell for it
I put you first and you adored it/ Set fires to my forest/ And you let it burn/ Sang off-key in my chorus/ 'Cause it wasn't yours/ I saw the signs and I ignored it/Rose-colored glasses all distorted/ Set fire to my purpose/ And I let it burn/ You got off on the hurtin'/ When it wasn’t yours, yeah"

"I gave my all and they all know it/ You turned me down and now it's showing/ In two months, you replaced us/ Like it was easy"

Vulnerable - "If I show you all my demons, and we dive into the deep end
Would we crash and burn like every time before?"

People You Know - "When it was good, we were on fire"

Kinda Crazy - "Hey, you started out sweeter than hard candy/ Words were like licorice to the taste/ But slowly, all the sugar, it went to waste"

"I think you're kind of crazy/ And not the good kind, baby/ 'Cause you're actin' super shady
You know it, you know it/ Been dodgin' phone calls lately/ But still textin' me, "Baby"

"Hey, you're the one who started talkin' to me/ Made the move, asked me to be your babe/ And now you're treatin' me like I'm insane/ You're insane"

Cut You Off - "Pull up to the mirror, staring at my face/ Gotta chop-chop all the extra weight/ I've been carrying for fourteen-hundred-sixty days/ Gotta, gotta, gotta clean my slate"